The CB scheme, your passport to export 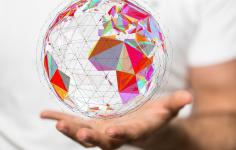 Regardless of wherever in the world you are seeking to market your equipment, you will need to meet requirements similar to those formulated in Europe via the CE Marking scheme.

For the most part, this will be a question of ensuring that your products are not hazardous to users and their property, that they are not detrimental to the local conditions for using the frequency spectrum and, in addition, that they are compatible from an electromagnetic standpoint.

During your initial discussions with our teams, we shall jointly compile a list of answers to the following questions according to the countries you are targeting:

Depending on the complexity of your project, we may propose a detailed study of it for a more comprehensive analysis of the costs and time frames that might result from your choices.

If your projects concern several countries, adopting the CB Scheme will soon seem like the obvious choice to make.

The CB Scheme is an international programme for the exchange and acceptance of test results which concerns over 50 countries (N.B. this list is given for information only):

The procedures for obtaining radio approvals must be carried out at the same time as the CB Scheme and fall outside its framework. The procedures are nonetheless taken into consideration by your Emitech Group contact person.

By significantly reducing the need to repeat tests whenever you market your products in different countries, the CB Scheme offers major benefits:

What is the CB Scheme?

The CB Scheme is governed by the IECEE 02 document.

The IECEE is an assessment system for the compliance of electrotechnical equipment and components, which is managed by the International Electrotechnical Commission. In the framework of the IECEE, the IEC coordinates an international system called the OC Scheme, which aims to reduce the barriers to trade between countries in electrical and electronic equipment.

In practice, the CB Scheme is an international programme enabling participating laboratories and certification bodies throughout the world to exchange and accept product safety test results.

How does the CB Scheme work?

The main stakeholders in the CB Scheme are the Certification Bodies (CB) which are recognised in each of the countries concerned.

The CB Scheme is based on CB test certificates declaring that representative specimens of the product have successfully undergone testing which demonstrates their compliance with the requirements of the appropriate IEC standard.

The CB Test Certificate may also include an additional report proving conformity with declared national differences. This requirement must sometimes be satisfied in order to obtain a national approval or certification.

Emitech acts as a CBTL in the context of the CB Scheme and works with Emitech Certification as a National Certification Body (NCB).

Electrical safety requirements are taken into consideration in the framework of the CB Scheme which takes place in five stages, in all countries which have adopted this method:

The CB Full Certification Scheme (CB-FCS) is an extension of the CB Scheme.

The CB Scheme is based on the mutual recognition of CB certificates and associated test reports by the bodies participating in the CB Scheme for national approval or certification procedures.

The CB-FCS is also based on the mutual acceptance of Conformity Assessment Certificates by participating bodies for national approval or certification procedures, and is also intended to include production monitoring.

It simplifies access to the certification marks belonging to member CBs and optimises the monitoring of surveillance on production sites.